Leave more than an inheritance,
leave a legacy

We are proud to announce that VZD is a corporate sponsor for the We Work for Change upcoming event on September 29, 2021!

Using a holistic approach, we partner with you to help you build a legacy that leads you from where you are today into generations to come. We represent affluent individuals, multi-generational families, and underserved communities of people who believe in being like a family member versus a number. We are invested in you and helping you build the legacy you’ve worked to create.

Priorities, goals, and standards of living change as we go through life, as can our circumstances. There is no “cookie-cutter” lifestyle where you utilize the same recipe through the various stages of personal and professional growth. People need professionals who can help them develop customized roadmaps based on their particular life cycles, whether it is starting a career or business, starting a family, unexpected events like a divorce, or coming into an inheritance, settlement, or winning the lottery.

How We Help
Build Your Legacy

At VZD Capital Management, we believe everyone deserves wealth built to last. Our track record of providing a high level of attention from start to finish helps us facilitate this goal.  Everyone matters to us, no matter the zeros, because each relationship is part of our family-oriented culture. By putting your interests first we achieve more together as our compensation is fee-based versus commission driven.  We approach our clients with time-tested investment management services that are transparent and customized. Our solutions help safeguard your financial future and realize your dreams. We help protect your assets by working with other professionals and finding the most appropriate advice to help you build wealth – brick by brick.

This legacy is the driving force behind the services we offer today.  We do not believe in providing a transactional dialogue but fostering a long-lasting relationship that travels with you through all the chapters of your life.  Ethel’s parents passed in 1983 and 2007 respectively, but she learned and applies her parents’ values of going beyond reasonable expectations and of fostering long-lasting partnerships. These principles help VZD turn your dreams into realities and carry on your legacy.

What Legacy Means to Us

VZD Capital Management was founded on the legacy of Vergie and Zether Davis, which is the origin of our namesake. The company’s founder, Ethel J. Davis, was raised to uphold the highest standards of responsibility, accountability and intention. This legacy is imbued in the services we provide our clients as we deliver more than just financial plans, we are partners who are here to help you build a vision for the future and carry on your legacy no matter your stage in life.

A Holistic Approach to
Investment Management

”VZD believes in a collaborative approach
to helping our clients create their legacies.”

VZD believes in a collaborative approach to help our clients create their legacies. We know that when we build long-lasting relationships with individuals and multigenerational families, we are empowering people to reach their goals through a trusted partnership that focuses on building their legacy – one client at a time. We are proud to have a transparent, fee-based compensation model – our success depends on that of our clients.

VZD CAPITAL MANAGEMENT, LLC, was birthed by Ethel J. Davis in 2012. Soon after that, Ms. Davis became recognized as a 5-Star Wealth Manager, KC Business Journal’s Fastest Growing Company, and a respected minority-owned firm. VZD is a 100 percent African-American, female-owned registered investment advisory firm from the Midwest, and one of the few within the United States. In 2019, WealthManagement.com awarded the firm with the Thrive Award recognizing advisors who are on their way up – those who have proven themselves skilled and ambitious by three solid years of revenue growth.

Ethel’s parents were faith and purpose driven. In keeping with their values, she developed an Executive Mentoring Program to ensure each employee is ready to transition into becoming a partner where they will have an opportunity to own a part of the company. She had many mentors and fementors who helped her become the successful wealth manager, author, speaker, and philanthropic advocate she is today. As she grows her team, she wants to be known for being a supporter of women, minorities, and underserved populations, as well as part of a community of wealth builders and entrepreneurs.

We review your portfolio quarterly to ensure the asset allocation is appropriate to meet the ever-changing needs of your life’s cycles. Our portfolio manager monitors each account to ensure it is keeping us with the S&P 500 and inflation to protect your buying power. We provide a newsletter containing an in-depth outlook on the perspective markets, tips on how to save more for retirement, solutions for entrepreneurs and small business, and insights on helping the charitable and philanthropic community reach their target audience and financial goals. 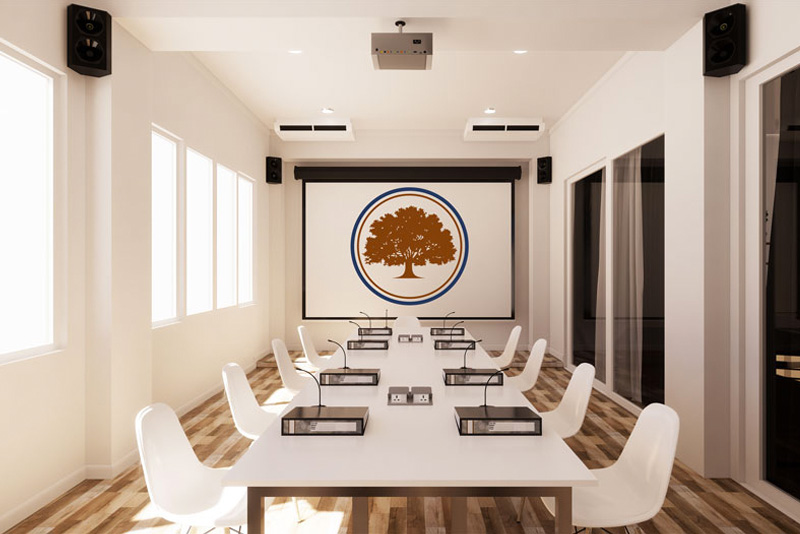 Part of our goal is encouraging financial literacy and growing wealthy mindsets throughout our communities. To better serve our clients across the spectrum of wealth, we offer additional services on top of investment advisory & management.